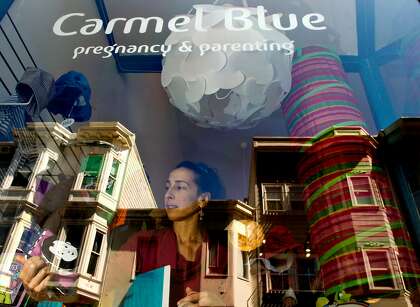 Sharone Mendes-Nassi, owner of Carmel Blue on Grant Avenue in North Beach, closed the store in July because the building was being seismic-retrofitted.
Photo: Michael Macor / The Chronicle

Sharone Mendes-Nassi, a North Beach resident, described to The Chronicle in 2012 how successful her parenting and pregnancy education business, Carmel Blue, had become: “Come here at 4:30 for Baby Happy Hour and the place is packed.” But, by January 2018, she was packing it in: Her space at 1418 Grant Ave. was due to close for a seismic retrofit.

“My business flourished,” she said. “Mothers came from everywhere in San Francisco, not just North Beach.”

The absence of a place where clients could gather proved tough for Mendes-Nassi, who had to close her business after eight years: “I invested a lot in that place. I baby-proofed it, painted it and divided it into sections. I miss it.”

She turned to the city seeking help, but said they told her about loan programs. “I didn’t have any income at the time and didn’t want a loan,” she said.

After almost seven months without a physical storefront, Mendes-Nassi closed her business in July. She now works as a consultant on parenting and birth care.

“You are constantly having to reinvent your customers and to lose that momentum, I was so disheartened. I gave it all up,” she said.

On June 3, the retrofit complete, a new tenant moved in to 1418 Grant: Flowers by Coley, which had relocated from a shop at Kearny and Green streets. 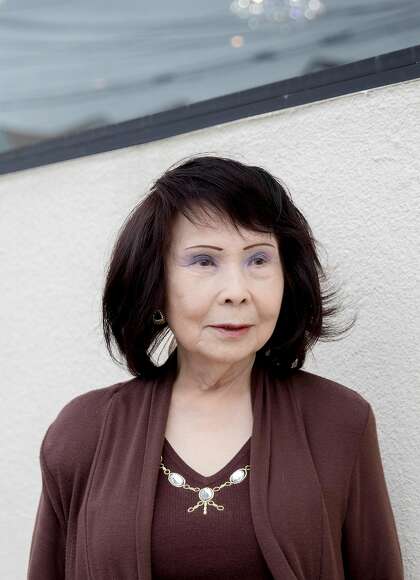 North Beach landlord Sophie Lau poses for a portrait outside of S&T Hong Kong Seafood Restaurant during a Chinese Real Estate Association of America meeting in the Sunset District of San Francisco, Calif. Thursday, May 9, 2019.
Photo: Jessica Christian / The Chronicle

Sophie Lau emigrated from China as a teenager in the 1960s, drawn to America, she said, for the economic opportunity.

After graduating from City College, Lau owned a boutique fashion store, later ran the Oriental Restaurant and then invested in real estate.

These days, she has a dim view of San Francisco’s economic prospects.

Lau owns two buildings in North Beach on either side of the 700 block of Columbus Avenue that have been vacant for years. She blames city bureaucracy and the rise of online shopping.

“It’s got all these rules and regulations. it’s killing everybody,” Lau said of the city. “They can find me the tenant. Otherwise, it’s not their business.”

She points to China’s booming economy and argues that it has now surpassed San Francisco in economic opportunity.

“We are living in a village compared to” China, she said. “That’s why people are leaving here.”

She bristles at assertions by Supervisor Aaron Peskin and other neighbors that she has neglected her Columbus Avenue properties and made no effort to lease them.

“He’s dead wrong,” she said. “He doesn’t do his homework. Who doesn’t want income? If I can rent it out to get some income, why not? The right people didn’t come along.”

Lau said the office of her real estate firm, Good Earth Realty, occupies part of the ground floor of 781-85 Columbus Ave. But she plans to relocate because the space is too big. Part of the space is being used for storage, she said.

She said her retail space at 718-20 Columbus Ave. is being actively marketed for lease.

“We work hard all of our life,” Lau said. “We’re just trying to make an honest, decent living.” 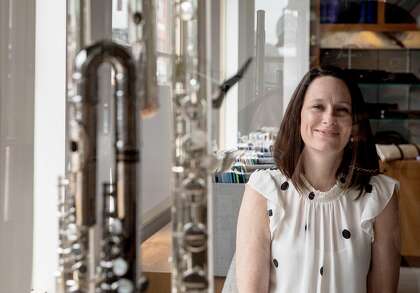 Flute World owner Sarah Hollandsworth poses for a portrait inside her store along Grant Avenue in the North Beach neighborhood of San Francisco, Calif. Thursday, May 9, 2019.
Photo: Jessica Christian / The Chronicle

Sarah Hollandsworth spotted a vacant storefront at 1500 Grant Ave. on a visit to North Beach last year. Charmed by the neighborhood, she contacted the building owner.

Since 1500 Grant formerly housed a jewelry store, opening a flute store didn’t require zoning changes that can lead to costly delays. Flute World received building permits and opened in three months. That’s faster than the experience of other San Francisco shopkeepers, but still slower than getting permits in the Midwest, said Hollandsworth.

Flute World’s other store is in Detroit; because it has only two stores, it wasn’t subject to North Beach’s restrictions on chain stores.

The space had been vacant for years because multiple store owners had started the permitting process and bailed after it got difficult, she said.

“The building owner was eager to lease it,” she said. “We did get a great rate.”

Most of the work involved painting and cleaning, and Flute World was able to use some of the existing furnishings.

“We try to do that at least once a month, some sort of thing to bring the community into the store and to give something back,” she said.

In the first six months of operations, it’s drawing around 30 customers a week, including residents and tourists. It has two employees.

“The artist community here, the flutists that live in this area, are very enthusiastic and very eager to engage each other,” she said. “We have people just wander in here. They’re on vacation, and they play the flute.” 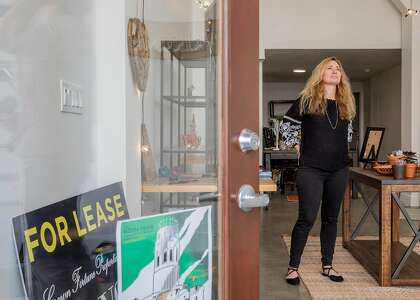 Though the tides of commerce are moving online, Jennifer Brisbin went the other way. After selling handicrafts like dreamcatchers, wood art and jewelry on websites like Etsy for years, she’s opening her first retail store, Free Wheeling, at 1412 Grant Ave. in June.

She’s paying $2,500 a month in rent, and got permits in a few months. Neighbors were relieved that she wasn’t opening another bar; Grant Avenue north of Columbus is lined with them.

“Everyone from the neighborhood has been coming in to welcome me,” she said. “It just reaffirms my decision to choose North Beach. The people here are so warm and welcoming.”

Brisbin said she only considered North Beach because of the neighborhood’s history and intimate size. She plans to continue her online sales, and also runs an advertising business.

“I hate going into different cities and everything looks the same,” she said. “I picked North Beach because of its authenticity.”

“You have to have something authentic,” she said. “I think that’s why the big box department stores are struggling. Of course you’re going to go to Amazon, if it’s something mass production.” — Roland Li

Shuttered Stores looks at the problem of vacant retail storefronts and identifies causes and solutions. Beginning with a close look at North Beach, where vacancies have soared, and continuing with other San Francisco neighborhoods, we will analyze why commercial districts become blighted and what residents, business owners and civic leaders can do.